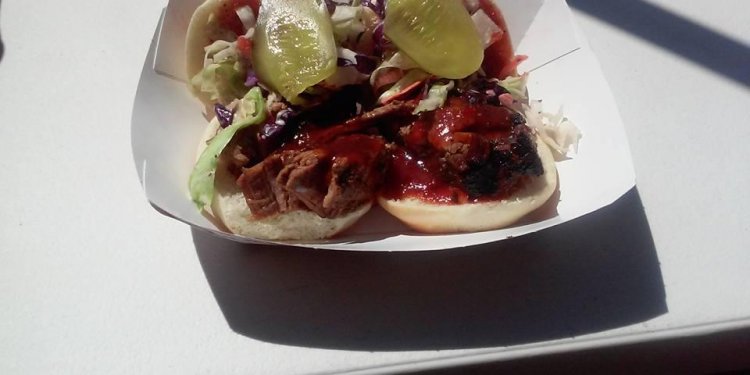 First and foremost, it has to be true Texas-style ’cue and not any of that nonsense from beyond the Lone Star State lines. Smoked low and slow in a pit over a wood fire (whether that’s hickory, mesquite, pecan, or oak is fodder for another whole round of lively dialogue), Texas barbecue is a breed of cuisine unto itself. Its history and various styles trace to German settlers in Central Texas, ranchers and vaqueros in South Texas, and to African-American pitmasters in East Texas. Flavoring the layers of discussion are the meats available, from beef brisket and ribs to jalapeño sausage, hot links, and pork ribs, shoulder, and chops. Although readers cast votes for a number of barbecue spots in such places as San Angelo, Pampa, Big Spring, Emory, Huntsville, Tyler, Rockport, Dallas, and Fort Worth, the top four barbecue places beloved by TH readers sit solidly in Central Texas. The fifth is a dark horse from Northeast Texas.

Open since 1932, this smokehouse claims to be the state’s oldest barbecue joint owned by the same family. The pit used today was built in 1949 by Edgar Black Jr. and can hold 500 pounds of meat at once. If you’re a stickler for tradition, you’ll eat your ’cue from sheets of butcher paper, rather than a plate. Smoked over post-oak wood, meats at Black’s include sliced and chopped brisket, pork spare ribs and baby back ribs, turkey breast, chicken, pork chopszz, and meaty beef ribs that weigh roughly a pound each. What makes it the best? Facebook poster Chris Rogers says, “While they give a nod to those who think they need to ruin good Texas barbecue with sauce, [Black’s] awesome meats are melt-in-your-mouth tender, juicy, and delicious just as they come off the fire! No additions needed, ’cept maybe some onions.”

Dubbed “home of the big chop, ” Cooper’s has been famous for decades for its distinctive serving style. As you approach the front door, you stop first to examine all your smoked-goods choices—from beef and pork ribs, sirloin and rib-eye and T-bone steak, to brisket, cabrito, chicken, pork chop, pork loin, prime rib, and turkey. Servers help you by piling your selections onto trays, which you take inside to eat along with all the sides (including beans, potato salad, and cole slaw) at community-style tables. Facebook poster Nancy Edwards writes about Cooper’s, “The line of people waiting to get their meat says it all.”

About an hour southeast of Austin and less than 20 minutes from Lockhart, this old-fashioned meat market in Luling serves up its barbecue in the long-standing tradition of piling it to order on sections of butcher paper. Whereas some of the other Central Texas joints don’t offer sauce, City Market serves a thin, mouth-watering sauce that’s tangy from hints of mustard and vinegar. Best picks include pork ribs, sliced brisket, and rings of beef sausage. 633 E. Davis, Luling. Call 830/875-9019.

Grown from a small stone house serving assorted smoked meats to a collection of rough-hewn buildings that include a winery and event spaces, the Salt Lick remains a favorite barbecue destination on road trips from Austin and San Antonio. Lines can be daunting, but everyone’s happy to wait it out for racks of pork ribs and beef brisket, sausage, turkey, and chicken. Family-style dinners are a big hit.

Fatboy's recently moved into a proper building, leaving behind the shack where it opened in 2009 and built a loyal following. But the barbecue is as tasty as ever. Smoked over oak and hickory, the brisket, ribs, ham, turkey breast, hot links, sausage, and pulled pork win raves. TH reader Mitch Clark of Paris says it’s the best barbecue he’s ever eaten, and Gail Levey of Ladonia writes, “I’d go on my hands and knees for a plate of Fatboys brisket.” Call 903/300-3287.