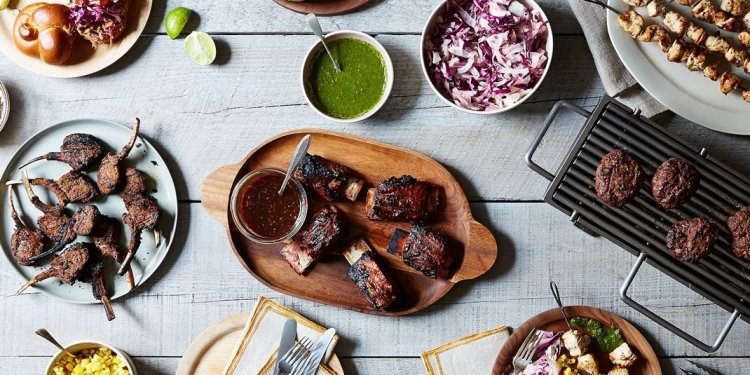 Independence Day and summer BBQs go hand-in-hand, so it's no surprise that that the average American household spends nearly $70 on food and snacks during this time. Luckily, you can find some great food sales during the last week before the holiday! Here are a few good deals to check out.

First, look for big discounts on meat. During the holiday, stores typically use meat as "loss-leaders" with the intent of luring people in to spend more on non-sale items. As a result, the prices of beef, chicken, turkey and pork can drop by as much as 50 percent during this time, so take advantage.

You'll also see condiments at rock bottom prices. Costs for these can drop down to $1 or $2 a bottle.

Still thirsty for more sales? Look for big markdowns on soda during the holiday. The 4th of July is one of the few times you'll see cans for as low as 25 cents, so stock up and save.

And lastly, what's summer without a little ice cream? Luckily for us, July is National Ice Cream Month, so expect great deals and promotions throughout the entire month. You can even find some freebies at some popular ice cream parlors, so don't hesitate to ask in advance.

Some of these deals are the best you'll see until Labor Day - it'll pay to stock up on the less-perishable foods you'll use through the season.

Related: Summer savings - how to have fun without busting your budget

Summer Savings: How to Have Fun Without Busting Your Budget

Everyone likes to go out to bars and restaurants when the weather's nice, especially ones with outdoor seating. It's an expensive proposition, but one that can be a little cheaper if you time your visit right.

"Really hit up those happy hours - some start as early as 4 p.m., " suggests Julia Scott of Bargain Babe.

Another popular destination during the summer is the movie theater. That's especially true this year, when we've been blessed with an abundant crop of summer blockbusters. But movie ticket prices have been on the rise, especially for 3-D films. Our suggestion: Go a little earlier in the day and catch a matinee.

"Regal cinemas used to have free movies - now they're $1 - one day during the week, " says Leah Ingram of Suddenly Frugal. Regal's summer movie seriesconsists of kids' movies that came out in the last few years. This year, showings take place at 10 a.m Wednesdays, and include such recent hits as "Coraline" and "Ice Age: Continental Drift."

For other dirt-cheap-or-free entertainment option for kids, Ingram notes that some bowling alleys offer free bowling for kids, and Scott points to Bank of America's free museum admission deals for cardholders.

Enjoying the ocean is also free. But parking near it can be pricey.

"Where I live, there's several different beaches, but the passes to park for the day are $10 on weekdays and $20 on the weekend, " says Scott. Once again, the solution is to time-shift: Scott says she aims to get there after 4 p.m., when most beaches have stopped charging to park. (This approach also means thinner crowds and less chance of a sunburn.)

If you aren't willing to wait until 4 p.m. to hit the beach, Scott suggests skipping the parking lot and finding a spot on the street a few blocks away. If you've got a bunch of beach chairs to carry, one person can be dropped off with the stuff while the other goes to find parking.

Ingram points out an unfortunate truth of summer socializing: Going out to dinner tends to be the default activity when a group of friends get together, but it's also among the most expensive social options.

One solution is to scale things down. Ingram suggests just going out for appetizers or small plates, and then having a smaller meal at home later on. Wade says he's always been able to minimize the cost of dinners out with this wife by rethinking what "going out to dinner" actually has to involve. "We get an appetizer we both enjoy, we split an entrée, and we just get water, " he says. "We can get in and out of a decent restaurant for $30."

Of course, the best way to avoid blowing money at restaurants is to stick with house parties. Wade, for instance, suggests organizing potluck dinners so you only have to bring one thing (whether that one thing is potato salad or a six-pack of beer). But even that can get pricey.

"It's expensive to bring a six-pack to every party, " says Julia Scott, who says that she likes to make mint lemonade as an inexpensive and original alternative. "Lemons are cheap this time of year, " she points out.

The problem is compounded if you have a kid who's getting invited to numerous summer birthday parties. All those presents can add up, so it might be time for some tough love.

"Depending on the age of your kid and how tight money is, you may have to have a frank conversation with your child, " says Ingram. "Say, 'We've got 10 birthday invitations ... If we can only go to five, who are the five you like the best?'"

When Wade realized that his spending was going up in the summer months, he decided it made no sense to simply have one standard budget for every month of the year. Now, he says, he sets a new budget at the beginning of every month.

"I look at what's coming up next month... and add in [money] for different events, " he says. "Maybe you will spend more, but you'll know it's coming. For summer, I up our food budget by $150, so we can have guilt-free spending."

Some of that extra spending may be offset by other seasonal adjustments in the opposite direction, but you're still probably going to wind up putting less away in savings. It makes sense to account for that, so you don't drive yourself crazy trying to stick to an unreasonable budget.