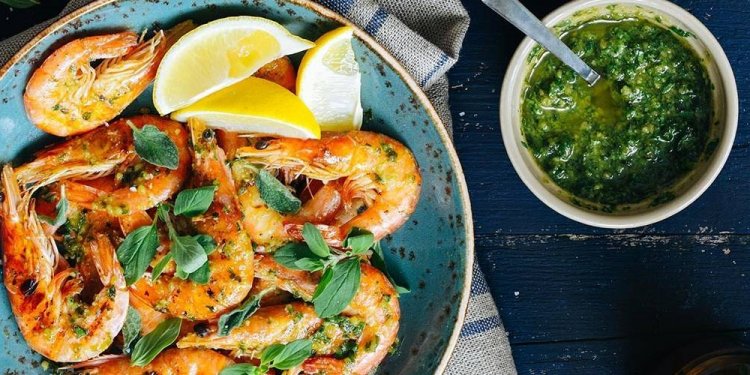 Across the dusty plains of Texas and the shady hills of North Carolina, down the blues alleys of Memphis and the blustery streets of Chicago, barbecue is the great American constant — the beloved food of the people, by the people and for the people. Yet no two barbecues are exactly alike: Each region has its preferences and specialties, from sticky brown sugar-mopped ribs in Kansas City to tender slabs of beef brisket in Austin and vinegar-spiked pulled pork in Winston-Salem. You can crisscross the country following a delicious trail of smoked, spiced meat — or this summer you can get behind the grill and bring the road trip to your own backyard. To help, we’ve reached out to some of America’s leading barbecue experts for their favorite regional recipes and tried-and-true tips. All that’s left for you to do is start those fires!

"The dry-rub ribs that Memphis has become known for really evolved by chance, " explains Ray. According to local lore, they were first introduced in 1948 at a restaurant called the Rendezvous, which remains a Memphis culinary landmark to this day. After discovering an old coal chute in the restaurant's basement and getting a good deal on a shipment of ribs, the Rendezvous’ owner, Charlie Vargos, decided to expand his business into barbecue. Drawing on his Greek background, Charlie seasoned his meat with a distinctly Mediterranean-inflected rub, which included spices like coriander, oregano, allspice and mustard seed. The mixture was a hit and before long the style spread to other establishments around town. "Charlie didn't have the Internet to consult or experts for market research, " says Ray. "He was just trying to sell some delicious ribs."

Serve it with: "If you want to get authentic, lots of folks in Memphis are crazy about poor-man's specials like smoked bologna or barbecue spaghetti, which is pasta tossed with half tomato and half barbecue sauce, " says Ray. "And also plain-old white bread, of course."

Pro tip: "Salt and sugar are the building blocks of any good rub, " says Ray. "You can play with the ratios, but half-and-half is always good place to start."

Texas
Elizabeth Karmel, founder of GirlsattheGrill.com; executive chef of Hill Country Barbecue Market in New York and Washington, D.C.; and author of Taming the Flame and Soaked, Slathered and Seasoned: The Guide to Flavoring Food for the Grill.

"When I first started to learn about barbecue I was taught a rub that was full of lots of seasonings. But over time, as I started spending time with barbecue legends like Rick Schmidt of Kreuz's Market in Lockhart, I realized I'd been going about it all wrong, " says Elizabeth. "In Texas, the old-timers season with only salt, pepper and just enough cayenne to turn the rub a gentle pink. That's the great thing about Texas barbecue: It's all about the meat, just dressed simply and kissed with smoke from indigenous wood like post oak."

Serve it with: Beans and ice-cold Texan beer, like Lone Star or Shiner Bock.

Pro tip: Explains Elizabeth: "The one secret to success is starting with a whole untrimmed brisket. Unfortunately, those can be harder to find than you might imagine - many grocery meat departments have decided that Americans don't like fat, so they trim everything to death. But when you're cooking something for a long time you absolutely need that layer of fat to keep the meat moist. You can always trim off what's left after the brisket is done."

New England
Chris Hart and Andy Husbands, authors of Wicked Good Barbecue and members of team iQUE, the first group of Northerners in barbecue history to win a World Championship.

"Summer is prime striped bass fishing season in New England, " explain Chris and Andy. "So, each year when chef Chris Schlesinger, our friend and fellow barbecue fanatic, throws a big Fourth of July party, a freshly caught 30-50 pound striper is usually one of the centerpieces. We like to slather it with a lemon and herb mixture and stuff the cavity with big bunches of basil, tarragon and thyme before setting it over hickory wood. If you're on the West Coast you could do the same with a Pacific salmon or a big black bass, or if you're down south, a redfish would work fine. But there's nothing better than smoky whole fish just off the fire."

Serve it with: A drizzling of green, spicy rocket pesto and grilled corn dressed with cheese and chili powder.

Pro tip: "It's actually easier to gauge freshness when you're buying a whole fish than it is with fillets, " says Andy. "Just remember three things: The eyes should be clear, not cloudy; the gills should be bright red; and, of course, it should have zero odor."