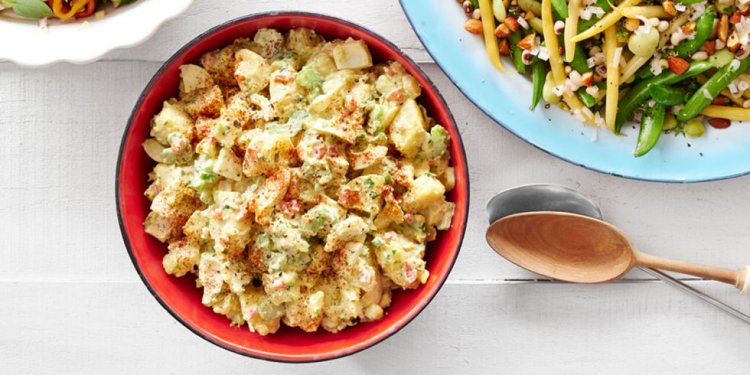 Swag Chef Ronnie Potter-Bowers, a North Carolina native, mixes his French culinary training with dishes he picked up in his grandmother’s Southern kitchen. Many of her recipes are on display at the resort’s weekly Thursday night barbecue.

Here, he puts the finishing touches on a barbecued pork butt, soon to be the melt-in-your mouth pulled pork on the plate featured above.

Ready to host your own barbecue? We’ve got a menu full of recipes from The Swag, including Ronnie’s signature pulled pork, potato salad and the resort’s famous peanut-butter-and-chocolate Swag Bars. Believe me — you don’t want to miss this.

The secret to this recipe? A sweet-and-spicy rub and a low-and-slow cooking time. It’s so tender and juicy you won’t even need sauce.

This classic recipe comes straight from Ronnie’s grandmother. The secret to great cole slaw? Cut the vegetables as thinly as you can before mixing in the dressing.

Cook the potatoes until just fork-tender to keep the potato chunks from falling apart as you mix in the dressing.

When owner and innkeeper Deener Matthews (along with her husband, Dan) began making these crunchy peanut butter and chocolate bars as the resort’s signature sweet, the dessert quickly developed a cult following among vacationers and former guests. Each guest gets a bar alongside their lunch, either in a backpack for a day hike or in a picnic basket for a lazy afternoon spent enjoying the view. But don’t worry — you can have a copy! Your friends will be begging for one, too.