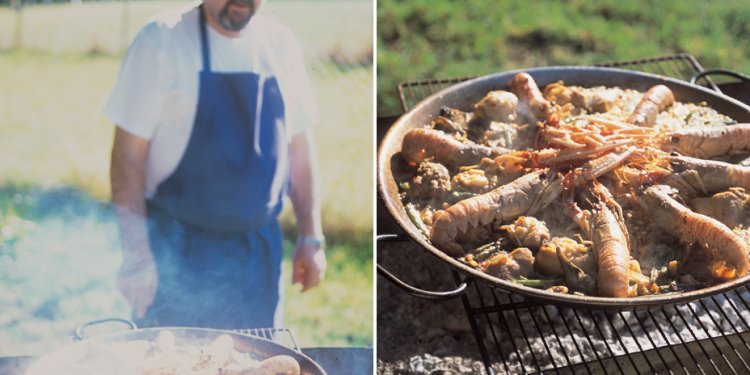 Barbecue books come in several distinct flavors. There’s the guidebook, which maps out the best joints in a state or region to help hungry diners find good ‘cue. There are cookbooks, which instruct would-be pitmasters on how to blend sauces and cook succulent pulled pork and brisket in their backyards.

And then there’s what you might call the barbecue journey, a form pioneered by Lolis Eric Elie in Smokestack Lightning: Adventures in the Heart of Barbecue Country (1996). In this mode, authors travel far from home in search of barbecue, chronicling what they learn about the cooks and restaurateurs they meet along the way—and, often, what they learn about themselves, too.

Rien Fertel’s The One True Barbecue: Fire, Smoke, and the Pitmasters Who Cook Whole Hog, which was published this week by Touchstone, falls squarely into the barbecue journey genre. It focuses specifically on whole hog cooks, and it takes Fertel, a writer and teacher now living in New Orleans, on multiple pilgrimages through Tennessee and the Carolinas over the course of five years.

The One True Barbecue is at its best when it is going deep into the stories of the cooks themselves. Some, like Rodney Scott of Scott’s Bar-B-Que in Hemingway, S.C., and Sam Jones of Skylight Inn in Ayden, N.C., are now stars on the modern barbecue scene. Others, like Keith “Pop” Ward, who tends the pits all night at Wilber’s in Goldsboro, N.C., or Douglas Oliver at Sweatman’s in Holly Hill, have toiled for years in smoky obscurity. Their stories come to life in their own words as they discuss what they do and why they do it, and they’re further enhanced by Fertel’s rich, almost lyrical descriptions of how they do it.

The book opens with visits to two Tennessee whole hog joints, Siler’s Old Time BBQ in Henderson and Scott’s-Parker’s in Lexington. It was at Siler’s in 2008 that Fertel had his first bite of whole hog barbecue and, as he puts it, “the first time I truly tasted barbecue.” It was at Scott’s-Parker’s that he became fascinated with the odd combination of manic energy and slow patience that made Ricky Parker a “true pitmaster.”

From there Fertel travels east into the Carolinas, out into the fading farm country to sit all night in pithouses and listen to the men who cook the hogs. For Fertel, it’s not just a journey into barbecue country but also into the Southern past. “I was tasting history, culture, ritual, and race, ” he notes. “I was eating the South and all its exceptionalities, commonalities, and horrors—a whole litany of the good, the bad, and the ugly. Everything I loathed and everything I loved about the region I called home.”

Whether the whole hog tradition is dying out or evolving into a new form is left unsettled. By the end of the story, Chris Siler at Siler’s Old Time has switched to pork shoulders after it got too hard to procure whole hogs, and Ricky Parker is gone, dead from liver disease at only 51. At the same time, a new generation of cooks from other walks of life, like Tyson Ho at Arrogant Swine in Brooklyn, NY, and Elliot Moss at Buxton Hall in Asheville, NC, have made the “journey into the madness of whole-hog fanaticism.”

Recipes on the Grill

Recipes for the Barbecue