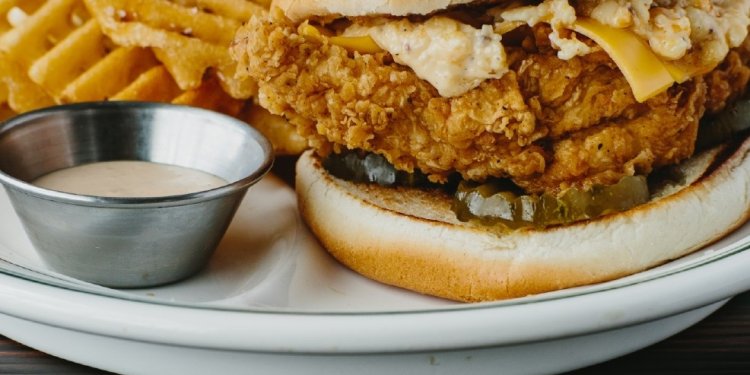 To say that barbecue is a big deal in the South is an understatement. If you were born, bred, or transplanted anywhere between Texas and North Carolina, you surely appreciate the fine flavor of your favorite cuts of ‘cue. But, have you ever wondered why Southern barbecue came to be? And how the pit masters of today’s local joints smoke up such mouthwatering meats on a daily basis?

If so, you’re not alone. Two faculty members at Wofford College (a small liberal arts college located in the rolling hills of upstate South Carolina, a state with some of the best barbecue in the South) had the same appetite for curiosity. So they decided to offer an interim course to a group of undergraduates, teaching some serious lessons about the even more serious Southern staple.

Dr. David Alvis and Coach Eric Nash designed the month-long course “to help students appreciate both the science of food preparation as well as its culture and history.” And also, probably, as an excuse to spend the entire month of January eating barbecue.

The course was offered as part of Wofford College’s Interim program, wherein students enroll in one course for the entire month of January. The five-days-a-week, three-hour-long class was broken up into two sections.

For the first half of the class, students learned the history of barbecue across the South, reading books like by Southern Living contributing barbecue editor Robert Moss, and by Lake High, the President of the South Carolina Barbecue Association.

“We read about 60 pages a night, ” said Alvis, a political science professor. “We wanted to teach the history first so that students would learn that food isn’t just an abstract thing. It’s part of a culture, part of a community.”

“Most people learn history from a war point of view, or from a political point of view, ” said Lake High. “But a lot of good histories have been told by tracing a story through food. And barbecue is a pretty good place to start.”

And then there was the hands-on cooking technique, which is where Coach Eric Nash (an offensive line coach for the Wofford Terrier football team) came in. Each student was responsible for preparing, cooking and presenting one cut of meat per week. The students presented their weekly barbecue preparations for a grade, ranked on a 10-point scale for execution and creativity.

“I started out wanting to make students professional barbecue chefs by the end of the month, but I realized that was insane. There were some disasters. They almost burnt my grill, ” said Alvis. “So my goal became more to help students appreciate food not just for its taste, but for its cultural context.”

These lessons learned (and calories consumed) culminated in a barbecue competition. The students treated pork in different beer brines provided by local brewery RJ Rockers, and then gathered in the brewery that night for a community-wide taste test.

“Barbecue is culture, and beer is culture, ” said the brewery’s CEO John Baulknight. “The two just go together.”

Alvis and Nash plan to offer the course every other year. But for those who can’t up and move to Spartanburg and enroll in the class, here are Alvis and Nash’s top lessons they learned about barbecue:

2. Good barbecue has a story. Whether it’s your winning sauce, your carefully prepared rub, or your methodical manner of smoking—good cue needs a long explanation.

3. Wood matters. How you smoke your meat, and the kind of wood you use, are essential to defining the taste of your barbecue. A good rub and sauce can add some flavor, but the wood makes all of the difference.

4. Barbecue is a noun, not a verb. Just because you put something on a grill does not make it barbecue.