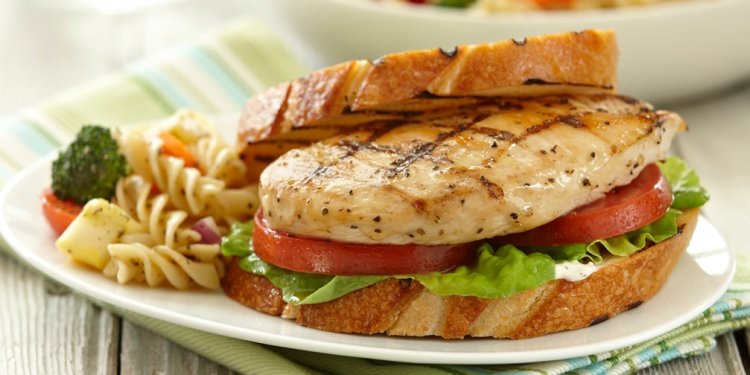 Author's note: Thanks to the Jamaica Tourist Board, I recently had the chance to travel to Jamaica with a group of fellow journalists. We sampled all kinds of tasty foods, visited coffee and fruit plantations, and learned many things about the varied cuisine of the island.

Jerk chicken is the most well-known Jamaican dish to have been exported from the island. You know what I'm talking about: moist pieces of poultry that are full of soaked-up marinade flavor, with burnished skin and crispy, blackened bits of meat courtesy of the grill the bird is cooked on.

But if you've never had the chance to visit the tiny nation that jerk chicken hails from, then you've never really had the authentic dish. Here's why: true jerk chicken is cooked not just over coals, but also over fresh green wood: most traditionally, wood from the pimento tree, which is native to the Caribbean and produces another very important jerk chicken ingredient—allspice berries, used in the marinade—or sometimes sweetwood, the Jamaican name for the laurel tree.

Pimento wood and sweetwood stacked up at Scotchies Jerk Centre in Ocho Rios.

In Jamaica, the wood of these trees is essential to the jerk process. To cook the chicken (or the pork, also widely available at jerk joints), it all starts with the wood, which, in the form of charcoals, is laid under huge metal grates and continually stoked to stay roaring hot. Then, big logs of pimento or allspice wood are laid on top of the grates. The meat is placed directly on top of the green wood, then covered with big sheets of metal.

As the chicken cooks, it absorbs oils directly from the surface of the wood, and also gets imbued with the fragrant steam and smoke produced by the green wood and the charcoals underneath. Once the chicken is cooked—it takes about two hours for a butterflied chicken turned once— it's removed from the grill, stripped from the bone, and chopped up, all the better to expose it to fiery-hot Scotch bonnet sauce traditionally served on the side.

But let's back up a little bit, shall we? Long before jerk chicken even hits that elaborate grill setup, it's soaked in a simple to make but complex-tasting marinade that gives the meat its sweet and spicy flavor.

If you do an internet search for jerk chicken recipes, you're likely to find hundreds of different ideas of what goes into the traditional marinade. Some recipes call for soy sauce, some for brown sugar; some call for whole cloves, some for ground; some add hot Scotch bonnet peppers, while others add milder jalapeños; and the list goes on and on.

In Jamaica, the jerk chicken joints I visited were invariably reluctant to share exactly what goes into their house marinades, but there's an agreed-upon formula that forms the base of the marinade, which individual cooks or restaurants will riff on, changing an ingredient here, adding another one there. The formula includes these ingredients:

And that's it. Other common ingredients added to this base include ground cinnamon or nutmeg, brown or white sugar, vegetable oil, or soy sauce. Most cooks marinate their meat for as long as possible, at least 12 hours but sometimes up to 24. As a result, the chicken is imbued with a ton of flavor before it even meets the coals and wood that will fill it with smokiness.

Well-made, authentic jerk chicken is addictive: It's both smoky and moist, sweet and spicy. The long marination and long cooking time leave it soft and tender, and the hot chile sauce typically served on the side cuts through the richness of the meat and keeps you going back for more.

But there's another reason jerk is so dear to Jamaicans' hearts, and that's its long history on the island. The method of cooking is said to have originated under the colonial rule, first of the Spanish and then of the British, in the 1600s. Groups of African slaves that had been brought to Jamaica to work its sugar plantations escaped to the mountainous interior of the island, where the native Indian population also sought refuge from the colonizers. These escaped slaves, today referred to as Maroons, are said to have hunted the wild boar common to the region, then preserved it for days in a spice-heavy marinade. When it came time to cook the meat, the Maroons dug holes in the ground, filled them with charcoal, and buried the meat in the holes, which they then covered so as not to produce smoke and attract the attention of those that would bring them back into slavery.

A view from the Blue Mountains, outside Kingston.

Whatever the recipe used, Jamaicans have a fierce passion for this native dish that's as treasured for its historical significance as it is for its sheer tastiness.

About the author: Lauren Rothman is a former Serious Eats intern, a freelance catering chef, and an obsessive chronicler of all things culinary. Try the original recipes on her blog, For the Love of Food, and follow her on Twitter @Lochina186.