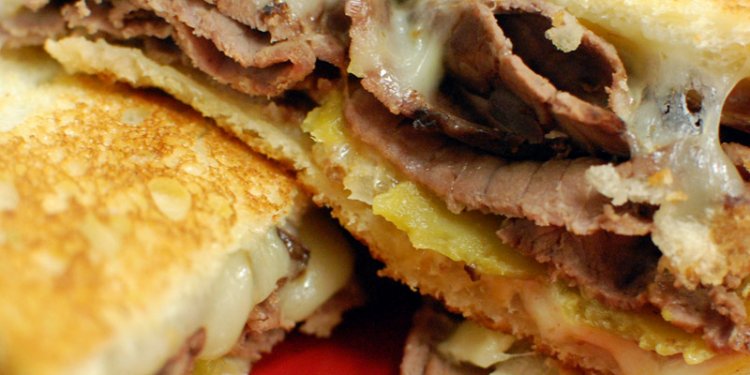 Gather up the plates and fire up the grill. We’re heading outside. We’ve partnered with Eva Kosmas Flores, founder of Adventures in Cooking, for her tips on how to entertain outdoors with ease, plus the recipe for this delicious grilled trout with lemon, red onion and rosemary.

Once the sun comes out and melts away the cold of winter, there’s nothing quite like soaking up the sun in your own backyard with friends, family and good food. I have some general tips for outdoor entertaining below, as well as a recipe for some delicious and simple grilled trout to make your backyard party a flavorful success!

As a host, this saves you the trouble of individually pouring out glasses as folks arrive. Doing things like making a big batch of punch and putting it in a large beverage dispenser with a stack of glasses next to it makes it easy for both you and your guests. If you want to make it even simpler, just fill up a fun container with ice and put a bunch of bottles of beer, juice or soda in it for people to grab at their leisure. Just make sure to have another empty container nearby for the empty bottles, so that you don’t have to wander around picking them all up after everyone has left.

Put a cushion on it

Not enough space for chairs or benches to have seating for your guests? With a little bit of a cushion you can turn an old log, hay bale or even the ground into a great seating area for your friends and family to gather. Make sure to use outdoor cushions and pillows, though, as these have a protective coating and tougher fabric that will stand up to the wear and tear of outdoor use better.

Snacks at the ready

People are probably going to arrive hungry, so to make sure you don’t feel rushed in preparing the main course. It’s best to have some small plates of snack foods like nuts, olives, cheese, hummus and sliced bread out on a side table. Put this out about 15 minutes before the guests are supposed to arrive, that way you can greet and chat with everyone as they come in rather than begin rushing to get the plates out as soon as the first car pulls into your driveway.

The more you can do before everyone comes, the more fun you’ll be able to have at the party. Nothing is more annoying than having to step out in the middle of a conversation to go get plates to set the table, or find where that pitcher is buried in your cabinet. I’ll either set the whole table before people arrive, or if I’m serving buffet-style, I’ll get the stack of plates, bowls, napkins and flatware set up where I’m planning to set down the food an hour or two before everyone is supposed to arrive.

Make the main quick and simple

Good food doesn’t have to be complicated food. There’s nothing like the flavor of smoky charcoal, but it does take a little bit of time (about 30 minutes) to get to the right level of glowing white hot heat in the coals.

Once the coals are ready, I recommend cooking food that doesn’t take a crazy long time to cook through, like seafood. Things like shrimp, fish, oysters and the like are usually done in under 10 to 15 minutes on the grill. Same with vegetables. Asparagus and broccoli taste incredible with a little char from the grill on them, some lemon juice, olive oil and salt, and they’re really quick to prepare. If you want to make something heartier, try to keep the cuts of meat smaller and individually portioned so that they cook faster. Sausages, thin pork chops, individual chicken drumsticks and wings will all cook much faster and make for easier serving than a whole spatchcocked chicken or whole pork loin.

I already touched on this with the beverages, but it’s worth emphasizing. Your clean up will be so much easier if you give your guests access to a garbage can, recycling can, and have some sort of bin or plastic tub off to the side that dirty dishes can be put in. People will figure it out on their own, you just have to put it out there for them.

Those are my tips for an easy and fun outdoor gathering at home, I hope you enjoy the warmer weather with your friends and family, and share a lot of good food and drink!

Preheat the grill by starting the coals in a coal chimney. Once they are white on the outside and glowing red, empty them into your charcoal grill.

When the coals are ready, lightly brush the metal grill with the remaining tablespoon of olive oil, trying not to drip any into the coals otherwise you’ll get a small flame burst. Place the trout on the grill over the hot coals and cook for 6 to 7 minutes per side. Remove from the grill, peel off the skin and sprinkle with the remaining salt and pepper. Serve immediately.