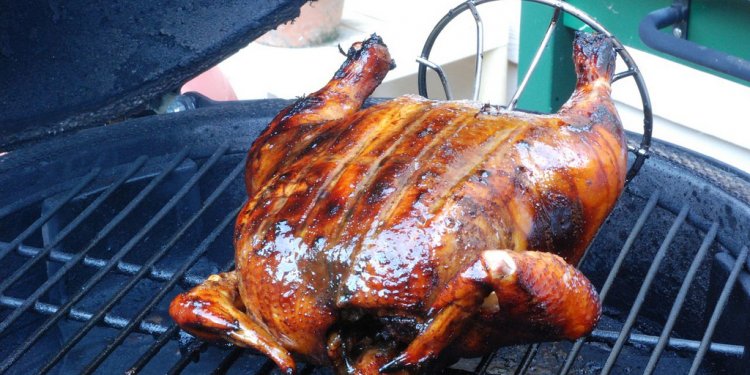 There are plenty of side dishes that are routinely served with barbecue in the South, like collards, french fries, coleslaw, potato salad, and macaroni and cheese. But certain regions have what might be called their canonical sides—those dishes that everyone orders without even thinking about it, the ones they know in their heart are essential to make a plate of barbecue complete. In many cases, restaurants don’t even charge for these delicacies: they just come along with the deal.

Here are my top five picks for the most iconic and firmly-entrenched barbecue sides from around the South.

In and around Nashville, the older joints offer cornbread with your barbecue order. Sometimes it arrives in a little waxed paper envelope, other times in a small paper tray.

At a few spots, like Center Point Barbecue in Hendersonville, the cornbread is griddled hoe-cake style (Center Point calls theirs a “cornbread patty”), and at Papa KayJoe’s in Centerville they’ll even pile your pork directly atop a corncake to make a big open-faced sandwich.

In Memphis, if you order a barbecue dinner or platter–whether with pork, ribs, chicken, or even brisket—odds are it will come with beans and slaw on the side. The beans are typically steeped in a sweet, gooey brown sauce—the best, like those at Leonard’s Pit Barbecue, have chunks of smoky pork, too—while the coleslaw is dressed in creamy white mayo.

At most Central Texas barbecue joints, they’ll toss complimentary sliced onions and pickles alongside your sliced brisket, sausage and ribs and wrap it all up in brown butcher paper. Some places will give you a half sleeve of saltines still in the plastic wrapper, too. This practice is usually attributed to the history of the region’s most famous barbecue spots, which got started as meat markets, not restaurants. Customers would buy smoked beef or sausage by the pound and pick up a few non-perishable grocery items off the shelves to cobble together an impromptu lunch.

In Georgia, you often have to order the Brunswick stew separately, but most places have it in a small side-sized serving, and it invariably comes with a packet or two of saltines for crumbling into the thick, savory stew. Some of the oldest, most knowledgeable joints incorporate stew into their combo platters. At Sprayberry’s in Newnan, for instance, the Barbecue Plate delivers your choice of pork or beef with Brunswick stew, pickles, and bread, while at Johnny Harris in Savannah all the smokehouse platters include buttered toast, fries, and a small white dish of Georgia’s favorite stew.

If you order a “barbecue tray” in the Piedmont region of North Carolina you’re bound to get the same thing whether you are in Shelby, Lexington, or Winston-Salem: a paper or cardboard tray filled with pork shoulder barbecue (chopped, sliced, or “coarse chopped”, according to your preference) along with a mound of red slaw and a basket of golden brown hushpuppies. The “red slaw” name comes from the color of the dressing, not the cabbage, and it’s sometimes called “barbecue slaw” since it’s made with the same tomato, vinegar, and pepper that’s used to sauce the meat.

What to Cook with Barbecue Chicken?