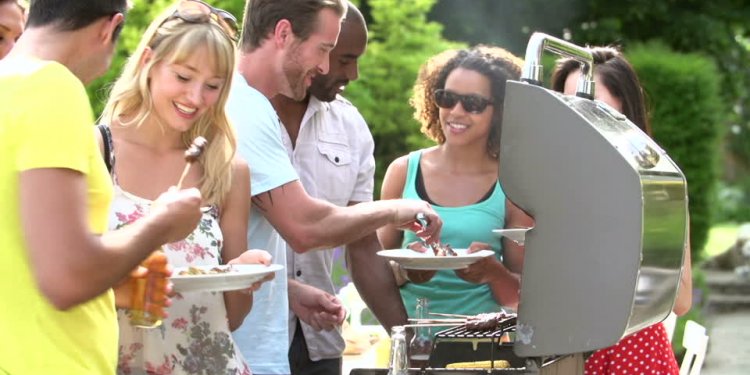 The 14th annual Big Apple Barbecue Block Party (BABBP) rolls into town this coming weekend, bringing pitmasters from across the nation to Madison Square Park. The BABBP is a charity event benefiting the Madison Square Park Conservancy. It was founded by Danny Meyer and Kenny Callaghan, and run by Union Square Hospitality until last year when it was taken over by chef Tim Love and Texas based event company C3. Apparently, the results where not what they expected and the event was "donated" back at the last minute, forcing the members of the Conservancy to operate it themselves. One of the net results of the timing was that the event will be smaller in scale than in years past, with fewer pits represented — 14, down three from last year — and sadly we will find fewer regional variations on the roster. On the other hand, there are some positive developments: the $125 Fast Pass is back, allowing attendees to save time on the lines which can be prodigiously long. This year also sees the return of Kenny Callaghan, who for many years was the driving force of the event.

The big news on the pitmaster front is that Ed Mitchell will be making a triumphant return. Mitchell is one of the world’s most renowned whole hog barbecue experts and a long-term fixture at the BABBP. With Callaghan and Mitchell returning and the slightly smaller scale of the event it feels like the BABBP is getting back to its roots. If you have skipped the event in recent years due to the scale, this year's block party may be more your speed.

The BABBP takes place on Madison Avenue from 23rd Street to 27th Street and along 26th Street between Madison and Fifth Avenues. These blocks will be closed off to vehicles for the weekend. The event is free to attend, and food is sold by the plate, which typically contains a portion of meat or a meat sandwich and a side item or two. Dessert and beverages, including alcohol within designated areas such as the beer garden, are also available, and both cash and credit cards are accepted. Inside Madison Square Park, there will be a line-up of seminars and live bands. The individual pits line the streets where attendees wait in line, with large colored flags marking the end of the queue. In past years, as many as 125, 000 visitors have attended over the course of the weekend. Lines can get rather long, especially for some of the more popular pits.

If you're driving, parking can be scarce in the immediate vicinity of the park, especially since Madison Avenue and the cross streets running from 23rd through 26th street and Park Avenue are all closed. Also, an unrelated event — the annual Hare Krishna parade — typically flows down 5th Avenue blocking off that street from traffic. However, Madison Square Park is well served by subways, with the 23rd Street stop of the 4, 5, 6, N, R trains all next door and the 1, 2, 3, A, B, C lines only a short walk away. Even the Union Square L train is only a short walk away.

The Elements and What to Bring

The event is held entirely outdoors and there is not a lot of shade outside of the park, so bringing a hat or an umbrella is advisable. As of press time, this weekend's forecast predicts temperatures in the mid 70°s with rain showers likely on Saturday afternoon. While there are beverages available for purchase, bringing your own water bottle is the best way to remain hydrated, especially as the lines can be daunting in length. If you plan on consuming alcohol make sure to bring proper ID, and be sure to keep all booze in the designated areas. NYC laws apply throughout the event. Wet wipes and antacid will also come in handy.

To really get the most out the BABBP, and especially if it is your first time, you should purchase either a Fast Pass ($125, good for both days) or for the more well heeled the Big Wig VIP Package ($275, available separately for each day but good for two visitors). These allow you direct access to the pits via a shorter line than those ordering al la carte. The lines here can still be long, but nowhere near as long as on the other side of the pits. Both passes give you $100 in food credit and you can use cash to purchase additional items. The Big Wig VIP Pass comes with all sorts of superfluous niceties like access to hospitality tents and open bar. Frankly, it is hard to recommend this as it doesn't get you any more barbecue, and you are better off spending the extra money over and above the price of the Fast Pass on direct food purchases. Alternatively, you can just show up and pay al la carte prices - typically $10 her plate.

Within North Carolina there are two distinct styles of barbecue. In the eastern part of the state, whole hog barbecue dominates. Hogs are smoked whole and then the entire carcass is chopped and mixed with a blend of vinegar, pepper flakes, and other spices. This style is well represented at this year's event by Ed Mitchell and Sam Jones of the Skylight Inn / Sam Jones BBQ. The other style found in NC is called the Lexington or Western Lexington style, and focuses on pork shoulder. It is not represented at the BABBP.

Beef is king in Texas, and this style of barbecue principally focuses on beef brisket and sausage. Sauce is not a significant factor in Texas barbecue (although it certainly exists there). Instead, the meat is generally rubbed with only salt and pepper and smoked over post oak wood, making it one of the most primal forms of barbecue. Texas is usually one of the best represented styles at the BABBP and this year is no exception. Longtime participant Salt Lick from Driftwood, TX will once again be serving brisket and sausage. This year also marks the debut of Hutchins BBQ, from the Dallas/Fort Worth area. Local participant Hill Country Barbecue Market will also be in attendance serving classic Texas-style brisket.

As in much of the South, pork is the most popular meat in Tennessee barbecue. Memphis is known for ribs above any other cut. Despite hailing from St. Louis, MO, Pappy's Smokehouse unabashedly bills itself as Memphis-style barbecue, as does the Memphis Smokehouse, which hails from Horn Lake, MS. The more rural areas to the east of Memphis tend to focus more on whole hog barbecue, and this style is expressed by longtime BABBP participant Pat Martin of Martin's Bar-B-Cue Joint from Nashville.

Although not a popularly recognized form, one could argue that a style can indeed be defined by a single establishment, at least when Chris Lilly is your pitmaster. Big Bob Gibson's dates back to 1925 and is renowned for both its mayonnaise-based white barbecue sauce and for its pulled pork. Perhaps as an homage, Jean Paul Bourgeois of Blue Smoke will be serving chicken wings in Alabama white sauce at this year's event.