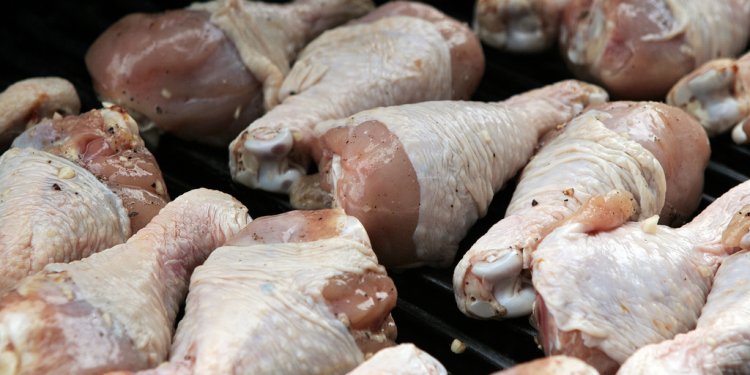 How do things at Franklin Barbecue look like at the other end of the line? Bon Appetit deputy editor Andrew Knowlton set out to see just what goes into making his favorite barbecue when he signed up for a 24-hour shift (nothing on pitmaster Aaron Franklin’s reported 76-hours) at 11th Street’s crowning glory.

You may or may not be surprised by how much of his day comprised of mopping up brisket fat. You can watch the full video above, or check out some of the more notable moments in his shift below:

How does a meat master start his day? At 6 a.m. and with a shot of espresso made with a machine handily located in the back of the restaurant. A pitmaster, and a barista. You’re full of surprises, Aaron.

Most of the early morning is spent prepping the meat that will be put in the smokers for the next day. Those briskets aren’t going to trim, season and wrap themselves in foil.

A little before 9 a.m. orders are taken straight from the line. At this point those first in line have been waiting nearly five hours and have consumed probably as many beers.

This is also when a lucky group is appointed the “last in line” status, dependent on how much food those ahead have ordered.

After the doors open it’s time for everyone’s favorite part: eating meat! While Knowlton gives brisket slicing a shot, a craft Franklin makes look effortless, he winds up butchering the job (literally) and giving out free meat as compensation for his rough cuts.

The restaurant’s close in the afternoon kicks off a long couple hours of cleanup. What’s greasier than a slice of fatty brisket? The mess it makes everywhere.

A day at Franklin ends a lot like how it starts: plenty of preparation. Later in the night sauce is made by mixing ingredients in a dozen 5-gallon buckets, more meat is seasoned and “tucked in” for the night (wrapped) and wood carts are restocked. It’s an end to a good, smoky day, that blurs right into the start of another. And you thought waiting in line was hard.

Best Things to make on the Grill