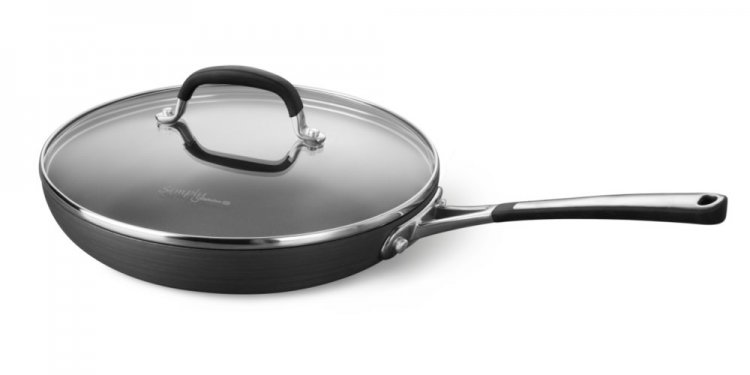 Meat tends to hog (ahem) the spotlight on Memorial Day, but don't forget about the veggies. Not only do they complement grilled meats perfectly, but many stand as satisfying main courses of their own. From creamy potatoes to bright, crunchy salads to grilled vegetables of all stripes, we've got 18 crowd-pleasing recipes for your holiday grill.

Hasselback potatoes don't just look impressive—slicing into the potato multiple times gives you way more surface area to season. This version uses sweet potatoes rather than russets (though we've got a recipe for those, too), and are jump-started in the microwave. The par-cooked spuds are finished on the grill with a topping of rosemary and garlic. They fan out and get crisp around the edges, but stay soft and smooth inside.

Skewered veggies are an excellent side dish, but also make a satisfying vegetarian main, especially if you add some cheese to the mix. Balsamic vinaigrette adds a tanginess to a medley of produce that's skewered and grilled until lightly charred. Make sure you cut the vegetables the same size to ensure contact with the grill and more even cooking.

This classic summer salad features corn grilled until it's smoky and sweet, then tossed with ripe tomatoes in a light lemon and olive oil dressing. Salty chunks of feta and a ton of fresh herbs finish it off. As simple and delicious as summer recipes come.

Most of us are familiar with the grilled vegetable standbys of zucchini, peppers, and the like, but almost any vegetable can (and should) be grilled, including more delicate items like lettuce. You'd think grilled lettuce would turn warm and soggy, but properly seared on a hot grill it actually gets charred, smoky, and crisp-tender. Top the 20-minute dish with a rich, tangy buttermilk dressing, sweet tomatoes, and crispy rounds of spicy radishes.

There's something irresistible about grilled vegetables. The char from the grill, the caramelization of sugars, and the softened texture of squash, onions, eggplant, and peppers. Grilling each vegetable, dicing them, and then finishing them with a dressing of herbed white balsamic creates a great contrast of flavors and textures.

Grilled corn is a big crowd-pleaser at any barbecue, and can be prepared (husked, naked, or foil-wrapped) and dressed (with butter, cheese, or herbs) a number of ways. No matter which method you choose, start with the freshest corn possible for great texture and natural sweetness.

Not every Memorial Day side has to be grilled. For a great make-ahead side dish that's a nice contrast to hot-off-the-grill meats, try a bowl of crunchy coleslaw. Vinegary, mustardy, tangy, or creamy—the choice is your's!

Zucchini and squash can, at times, be watery and bland. When done right, the grill fixes these problems: the flesh softens and gets infused with smoky flavor, the exterior becomes burnished, and moisture is evaporated, intensifying flavor. This recipe adds zingy capers, fresh basil, and tart lemon to really liven things up.

For a smoky twist on a fresh caprese salad, add grilled eggplant. The eggplant gives it an extra creaminess and the grilled flavors plays off of the freshness of the mozzarella, tomato, and basil. A drizzle of balsamic vinegar and extra-virgin olive oil is the icing on the cake, giving a contrasting sharp tang and bite.

Cabbage takes on a nutty, sweet flavor when grilled over blazing hot coals, and a great texture that's simultaneously tender and crisp. Deeply fragrant with charred edges, its layered structure also makes it the ideal vessel for picking up both smoke flavor from the grill and whatever sauce you choose to serve it with. In this case, it's a rich blue cheese dressing, tomatoes, and (optional) bacon bits.

New potatoes steamed on top of the grill in foil packets are one of the quickest and easiest grilled potato recipes. Best of all, by mixing up the additions to the packet you have near endless flavor possibilities, making them the perfect side dish for whatever you want to throw on the grill alongside.

Crisp, tender, and complex, this grilled spiced cauliflower takes a blank slate and pushes it to the extremes of both flavor and texture. A spice mixture gives the cauliflower an earthy flavor with just a touch of heat, while grilling it over direct heat first creates a lightly charred, crispy crust.

Running out of room on the grill? A potato salad is great for making ahead of time and pairing with meats. The key to the deeply-seasoned potatoes in this tangy and creamy salad is to cook them in water seasoned with salt and vinegar. A dressing flavored with olive oil, sour cream, and dill binds it together.

Just when you thought you'd seen everything possible with kale, think again. Smoky and with a touch of crunch, hearty lacinato leaves are a delightful, if unusual, vehicle for a vinaigrette made with crisped bacon, shallots, and apple cider vinegar. It's a killer side dish you'll want to nestle alongside your potato salad and hamburgers at your next BBQ.