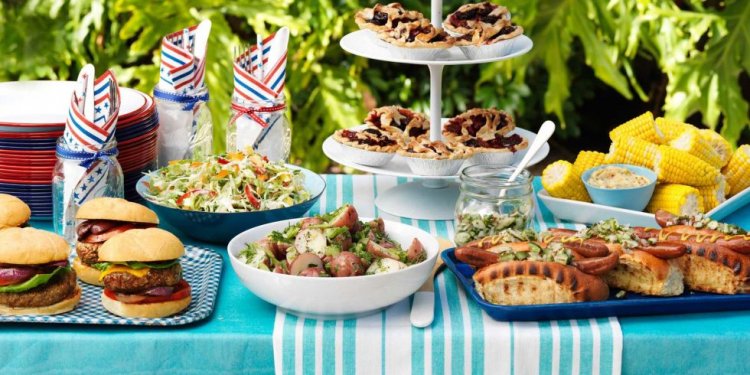 Ideas for a BBQ party Menu

Whenever I hear “America’s Past Time, ” my mind goes to picnics, bonfires and some of the best Sloppy Joe sandwiches. Now that spring is underway and summer is rapidly approaching, it is time to start prepping those grills and unfolding those plaid picnic table covers. Then again, maybe you should keep your grill winterized this season, and visit the guys at Biggs BBQ and Burrito, located in East Petersburg (hwww.biggsbbqandburrito.com).

Michael Horn, who founded Biggs BBQ and Burrito, was kind enough to give me some tips and tricks behind the art of outdoor grilling and BBQ. Founded in 2011, Michael describes himself as always being a foodie. “I used my creativity from growing up…like putting a twist on burritos and making it fun.” When I had the chance of meeting Michael, his personality was nothing short of fun as well.

According to him, the biggest mistake people make is grilling meat at too high of a temperature which overcooks and dries out the meat. One of Michael’s biggest tips was buying good quality meat, and always buy local.

However, if you would rather be socializing than slaving behind the grill, then I suggest having your party food supplied, and from none other than Biggs themselves. I had the opportunity to try out Biggs and I was no less than thoroughly satisfied. I ordered the famous Sloppy Pig Sandwich on a pretzel bun topped with coleslaw. Michael also assured me that for anyone from Pittsburgh, he would be more than happy to add french fries to the signature sandwich.

Not only was the pulled pork amazing, so was the smoked brisket. Michael informed me that the process of smoking is an overnight gig. Every meat Michael had me taste was nothing but moist and flavorful. However, if your taste buds prefer something a little more unique, I suggest the VIP Deep Fried Burrito. Filled with pulled pork, mac and cheese, salsa, jalapenos, Monterey jack and Colby cheese blend, baked beans, and topped with coleslaw. Along with these entrees, the crab fries served with a cheese sauce were also to die for. Michael also informed me that every sauce served is house made daily.

Side for a BBQ party